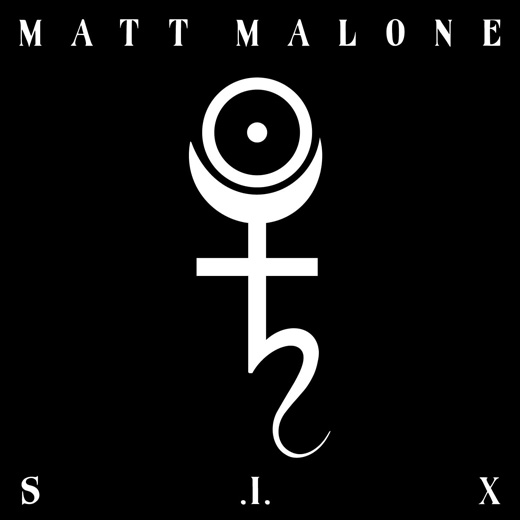 Heart Of The Rat Records

A “unique fusion of the traditional and avant-garde” is how Matt Malone’s debut album is described, and for once it’s not merely publicity hot air. Stripped and bare in the outlaw country tradition but with the menace and slow stabbing guitar of a Rowland S Howard special, S.I.X is all doom and gloom, sometimes whispered sometimes bursting from Malone’s throat all spittle and bile. He’s not afraid of space, of shimmer, of spotlighting his wavering, slightly grotesque wail.

The Beast, an eleven minute epic, chugs along slowly courtesy of the acoustic guitar riff while electric shimmers paint the background black as Malone intones over the top, his voice the instrument bringing the song to its couple of climaxes. Haunting backing vocals. The song seems to stop a couple of times in the middle but then rebirths and carries on. Maldoror begins with the crackling of a low fire, builds slowly, Malone’s vocal ragged as old cloth, building to an electric fuzz. Revelation Law is perhaps the most country song on the record, but it’s fractured and broken, somehow rebuilt into something which makes an eerie sense. Which is an apt way to describe the entire record – dissonant, cracked, haunted. Fantastic.