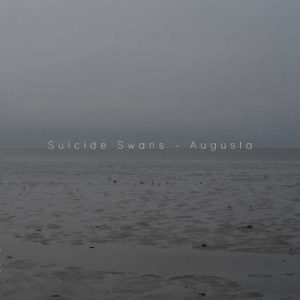 With second long-player Augusta, Toowoomba quintet Suicide Swans have endeavoured to expand their sonic repertoire – a common aspiration as a band approaches that difficult second record. More often than not however, a band falls into the trap of broadening too far, sacrificing cohesion and identity in the process. With Augusta, Suicide Swans have managed to not just broaden their musical palette, but present it in a way that’s undeniably theirs. An exemplary understanding of each other’s strengths, along with outstanding use of Wurlitzer, complimentary guitars, fiddle and subtle rhythm section sees a thick vein of commonality running through the record’s ten songs, whether they be of the rock ilk (Horses, with its pulsating guitars); grey-sky lament (Let Me Be); or of the style with which the band made its early mark, that of more traditional Americana (the fiddle-laced Canyons; the acoustic Wall and Come & See). It’s this ability to explore new avenues without the results sounding alien or out of place together, that makes this such a good record. Four-part harmonies abound too, harsh voices made beautiful in the context of one of the best roots albums of the year.