[Published in the Spectrum section of The Sydney Morning Herald, May 26] 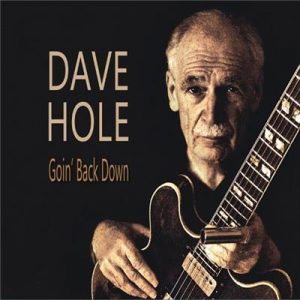 Goin’ Back Down (Independent / Only Blues Music)

Most people, at 69 years of age, begin to slow down – not so blues maestro Dave Hole. Releasing his tenth record this month, the Perth-based Hole has actually turned it up, producing a record that’s sharp, smooth but tough and dangerous; this is blues with swagger and attitude, powerful and muscular.

Beginning with the driving Stompin’ Ground, Hole immediately draws you in, boogie blues reminiscent of RL Burnside in his later years, a real Fat Possum sound. Elsewhere are shades of Johnny Winter, along with a more modern twist, a nod to players like Joe Bonamassa for example. Hole’s voice is pure and strong, his lyrics simple (as befits the blues), and his playing (utilising his trademark over-the-top method of slide playing) as good as it’s ever been, if not better.

Enlisting a band on only four of the album’s eleven tracks, Hole plays the rest, utilising loops and overdubs to create the majority just on his own. Goin’ Back Down has been three years in the making, and with the exception of a couple of tracks which, frustratingly, drop the tempo, this is a rock solid blues/rock album that rocks – hardly the sign of a man slowing down. Samuel J. Fell