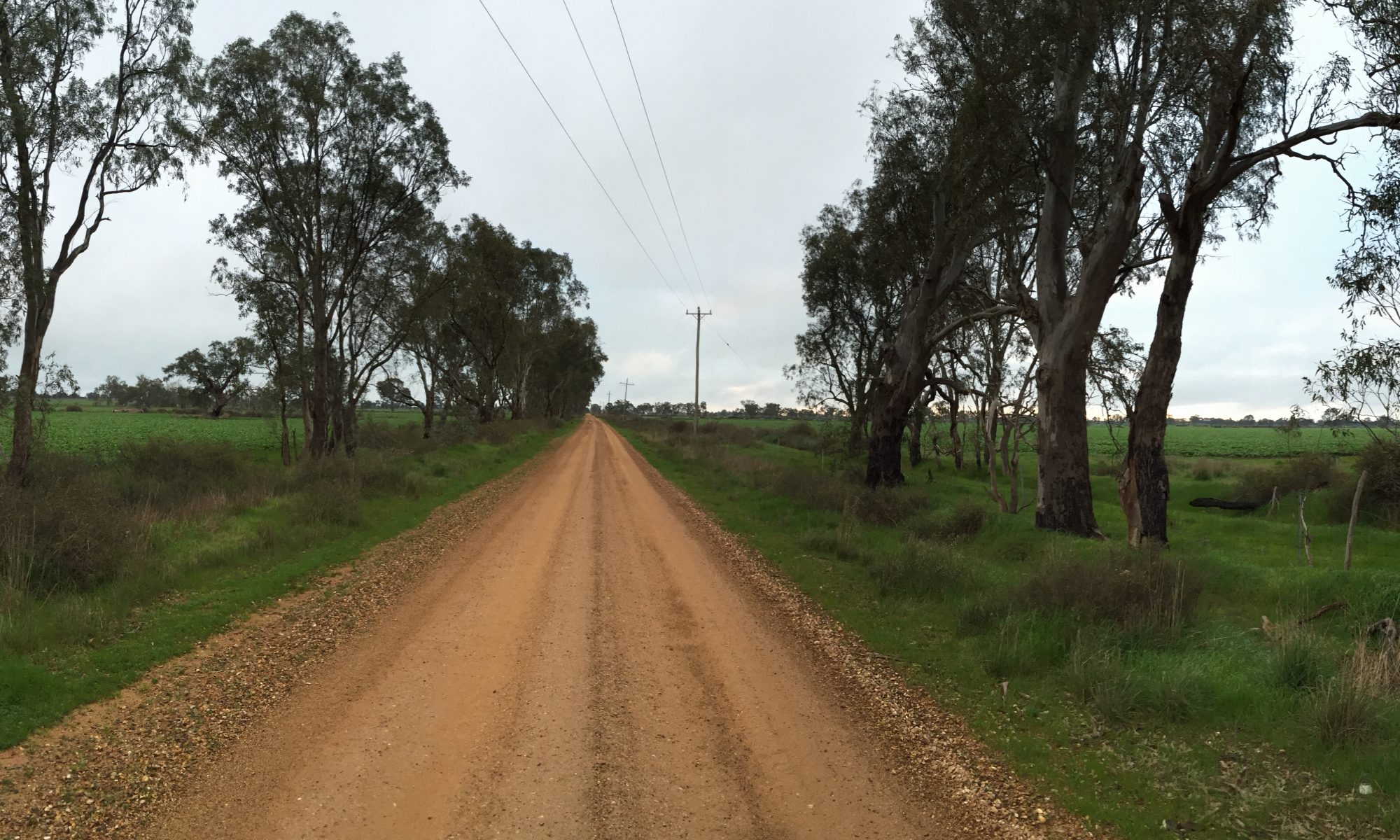 They say that, at this time of year, it doesn’t matter where you are. It matters more who you’re with, family and friends, loved ones, people you travel vast distances to spend time around; those you might not see regularly throughout the year, and so when the festive season lands upon us (often with surprising speed), you make haste to convene, wherever that may be.

This year though, it does matter where we are. This year it’s at the old family home, Mum’s place. A squat old farmhouse on a couple of scrubby acres a few hours north of Melbourne. At a glance, from the cracked and crumbling concrete front porch, it’s in the middle of nothing and nowhere, but cast a wider glance and it’s surrounded by vineyard along the back and one side, green and waving maize across the front road, a meandering channel to the east that winds its way down to Greens Lake.

Within a reasonable drive are bigger centres like Rochester, Kyabram, Echuca and Bendigo, and on the way there you’ll find places like Girgarre, Nanneella, Timmering and Corop. In between are vast tracts of land that undulate slowly, changing in the blink of an eye from earthen browns and oranges to shimmering greens and yellows, burnt and swaying under a merciless sun.

We’re here every two years, the in between times spent with my wife’s family in Brisbane. This year, over the Christmas and New Year period in the unwavering heat surrounded by fractured earth and crunchy grass, it’s the two of us with our eleven-month-old daughter, my sister and her partner, and Mum and the dog. Dad died a couple of years ago, and so now the old homestead is Mum’s Place. It’s different to how it used to be, but it’s home still, and when we all descend for Christmas, it rings with a familiar joie de vivre, this year added to by our daughter, spending her first time among the dusty eucalypts that line the driveway up from the red-dirt road.

It’ll likely be her last though, and the same is true for all of us. Mum, after a couple of years here by herself is moving north, closer to her siblings in Brisbane, closer to us. She and Dad moved up here in the late 1990s, just after my sister and I finished school, and so for almost twenty years, as we’ve grown into actual adults and begun to deal with life proper, we’ve had a place to escape to, to hide, to rebuild, to recharge.

This past week, as the heat has begun to lift and dusk descends and the blue-breasted wrens dance about the backyard, we’ve sat and swatted mosquitoes and sipped beer from cans and bubbles from flutes; we’ve played Trivial Pursuit and snacked on chips and nuts; we’ve raised glasses to Dad, to each other, to life now and life to come. No one’s really mentioned that we won’t be doing this again, here.

In two years, when it’s again time to spend the festive season together, it’ll be somewhere else, somewhere up north. And that won’t matter really, because Mum and the rest of us will leave here, perhaps tearfully at first, but with many strong memories of the place and the experiences we all shared here, whether at Christmas time, or any other time during the year that was.

And so from then, I suppose it will ring true what people say, that it doesn’t matter where you are, it matters more who you’re with. We’ll be in a newer place, a place that yet won’t have many family memories, a place that Dad never saw. But we’ll all be there (perhaps there’ll be more of us), and so it’ll start to become the family home once again and will act as an escape, a hiding place, a place to rebuild and recharge. Mum’s Place.

And perhaps that’s the crux of it – it doesn’t matter where you are as long as the people you love are there, which makes where you are the most important thing of all.