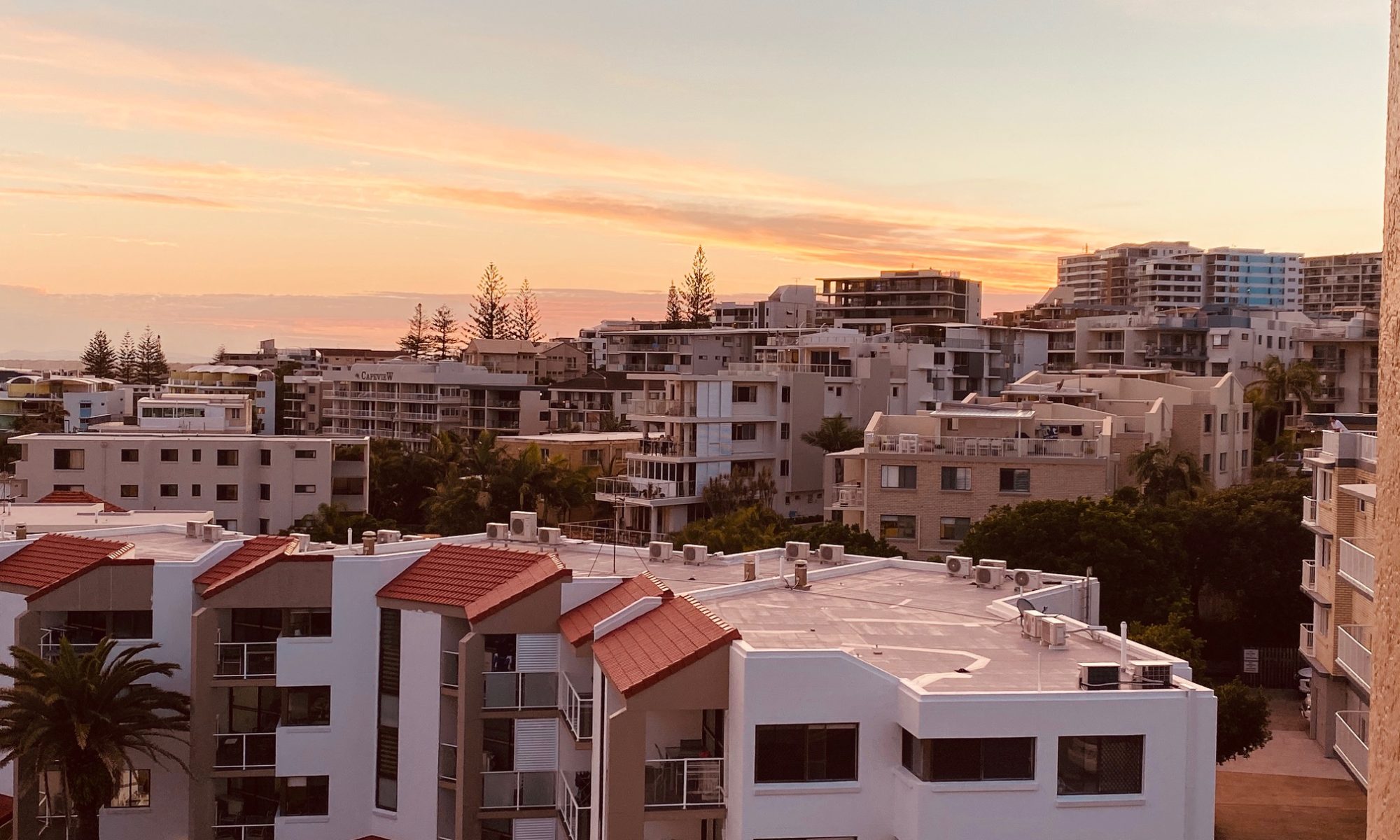 I’m sat at the wooden table in the loungeroom, sipping cold bottles of zero alcohol beer, listening to the waves crash on the beach down below, across the foreshore reserve, the sound that never stops.

The zero beer is a crutch, one designed to fill the gaps as I work through a period of abstinence. Eh, seems to be working.

Addy is almost asleep in the single room off the kitchen, while Claire is downstairs, visiting. Half the crew got in from Brisbane this evening, within the past hour or so, and so there’re catch ups happening but I prefer to be here for the time being, tapping away, trying to keep in time with the pounding surf although it changes constantly and so I’m always a beat behind.

There’s a dull ache in my right ear from being under water all afternoon.

It’s a small apartment, on the south-western edge of the fifth floor; a couple of bedrooms, bathroom, lounge/dining/kitchen. A deck bigger than the lounge but with only a single table to fill the space plus an air-con unit tucked into a corner like a squat little drone sent to think about what it’s just done wrong.

The place is tired, built back in the ‘70s or thereabouts, but primped up somewhat in order to look elegant perhaps, or maybe, given it’s nearing the end of a long, hot summer, serviceable. For our purposes it’s a palace, lit with mid-summer light, a literal stone’s throw from the beach, across the foreshore reserve, to the sound that never stops.

Down on the grass groups of people are still milling about, kicking footballs or playing cricket in the dull orange glow of the park lamps. Dinners by BBQs are finishing up, kids running in the dark playgrounds adjacent, adults since given up on reason and so onto the third glass, fourth stubbie, their laughter funnelled up high by the breeze off the channel, in from the deep water where the tankers glide from the east, parallel with the shore, before burning a hard left towards Brisbane and its bustling port at the mouth of the river.

Apartments by beaches are all the same, and if they differ it’s not by much. The same furniture, the same décor, the same embellishments designed to enhance that feeling of coastal chill (driftwood-framed mirrors above the faded wood table, prints of ubiquitous scenes from Any Beach, Anywhere – turquoise water and white sand, bathing suits on long bodies and yet more driftwood arranged in elegant repose).

There’s a company, somewhere in the world, that does a robust and constant trade in nothing but 30×30 white tiles.

People seem to have left the reserve now, and I wander out onto the balcony with my fake beer to look down over it all. It’s a Friday night, no doubt people are gearing up somewhere, but aside from the constantly crashing waves and the odd lowlife in a souped WRX slowly red-lining along the front avenue, there’s not a great deal happening now.

There’s suddenly laughter, raucous almost, and loud chatter coming from somewhere nearby but I can’t see it and so I suppose those engaged in the Friday Night Dance are hidden behind loping and leaning Pandanus, or around the bend in the road on the grass out the front of one of the ground floor flats just past the spot where the ice-cream guy parks his faded pink truck every morning before nine.

Someone next door is playing, quietly, some melancholy yet strangely sweet classical music, just a violin quite reedy and thin but the melody nicely formed, the sound undulating on the breeze almost, in equal measure, both hopeful and well aware that there’s nothing else, really, to do about it all…