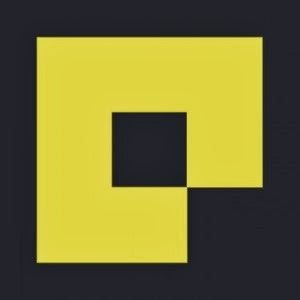 [An alternate version of this story ran on Crikey, Friday September 13, 2013 – click here]

Sitting on the bus into Brisbane’s Fortitude Valley for the final night of BigSound – Australia’s reasonably modest answer to the behemoth that is Austin, Texas, music industry shindig South By South West – I find myself savouring the calm.

It’s early evening on a Thursday, traditionally a day to let loose, to get a jump on the upcoming weekend, but it’s been a long few days and so I’m enjoying the relative quiet; the hum of the engine, the gentle forward motion, the space, the solitude.

It’s short-lived though. “Last stop before the city,” yells the driver, a pork barrel of a man in navy blue shorts, neck like a ham, and so I’m ejected onto the sidewalk at the corner of Ann and Brunswick and the calm is all but a distant memory.

For this is the Valley, where the city’s drunken elite meld all too easily with the barrel bottom, a place that used to house the bohemian element, before rapid, and rampant, development had them fleeing across the river to the relative safety of hippie haven, West End.

The music still resides in back alleys though, upstairs in odd warehouse spaces, boutique venues still thriving and so it’s the ideal place for BigSound, this year running for the 12th time, a three day conference that brings all involved in music in this country, and beyond, together to nut out problems faced by an ever-shrinking industry, to collaborate in order to overcome barriers to growth, to find the ‘next big thing’, to talk.

Idle talk, big talk, small talk, chit chat, back chat, talk back. It’s all about the talk – to paraphrase from ‘79 sci-fi flick Alien, at BigSound, no one can hear you scream. Because they’re all too busy talking. It’s a tsunami and it washes over you leaving you battered, bruised ear drums, craving silence. I long for the bus.

“It’s about connecting people,” says Executive Programmer Graham Ashton, this year being his last BigSound at the helm. Given it’s late on the Thursday, he’s sufficiently relaxed. “People come from all over the world… [BigSound] is about making connections.”

Networking, they call it. It’s happening all around us, standing as we are in the dingy smokers area out the back of what was once Mustang Bar, people with sky-blue lanyards talking shop. Or perhaps, given the hour, shit.

During the day, over the past three days, BigSound is a mild-mannered conference, comprising panel discussions like The Future Of Australian Music, Indie Labels 2013 Style, Touring Tips & The Live Music Environment, along with a plethora of In Conversations.

By night however, it’s like this; there are over 120 bands playing over two nights this year, and so music flows, as does the hooch, and an environment like this is fostered, where people spill outside in between songs to network. To connect.

The inspiration for most comes in the form of the music itself – scungy rock ‘n’ roll bands, thundering country, lilting folk and pogo pop, for this is why we’re all here. Whether it’s Billy Bragg or Robert Forster playing Bakery Lane to a full house, or some young quintet out of Melbourne playing an early slot to an almost empty room, the entire place throbs with not only literal sound, but with an inspired energy. People are excited, they want to share, and so connections are made, as they should be.

It’s not all beer and skittles however. One of the reasons events like this exist is to talk about what’s not going right, about how to change same, how to better the industry and to help all those who work within.

In typical fashion, during the The Future Of Australian Music discussion, outspoken promoter and label head Michael Chugg lashes out at commercial radio’s local music quotas, saying, “The quota’s far too low and they take advantage of late night… running tracks from midnight to dawn. They’ll deny it, but it’s true… It’s bullshit, and it’s holding the industry back.”

At the Byron Bay Bluesfest showcase at lunchtime on Wednesday, festival director Peter Noble attacks on a different front, saying in front of a large crowd, “I don’t want to criticise [politicians], but they’ve got to emulate,” referencing the lack of support the Australian government offers its musicians compared to their Canadian counterparts.

Perhaps he should have had a word in Wayne Swan’s ear, although the ex-Treasurer seemed far more preoccupied with UK punk poet Billy Bragg, seen at both his show and his keynote speech, tweeting later about the latter, “A really engaging discussion by Billy Bragg… about the power of music and the purpose of politics…”

It’s a shame Bragg wasn’t around a few months ago to give the same talk to the crumbling Labor party, but I digress.

So it remains to be seen what comes out of BigSound this year, at least in terms of solid, lasting, effective change. If you were to just buy a ticket to the music side of things, you could easily be forgiven for thinking that music in Australia is alive and well, and it is, without a doubt.

A new government though, not one renowned for generous arts funding, will have an impact, but as the dust still settles, people nursing final night hangovers, it seems inspirations and connection, the initial aims of BigSound, have been achieved. There is, however, still a lot to talk about.