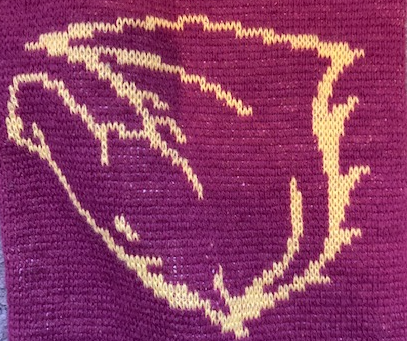 The players are sick. They have, to a man, been infected with something vile and insidious, something which one doesn’t catch from a mere exchange of airborne contagions, the result of wintery affliction.

No. You could see it on their faces last week, eyes downcast and heads hung low. Hands on hips and faces set in stone-faced grimace as the reality and the deep-seatedness of this sickness set in.

They stood as one, a huddled mass beneath the posts awaiting yet another conversion attempt, and yet, despite their proximity to one another, you could barely say they stood together. Not a word was being spoken, not by the hungry up-and-comers, not by the battle-hardened veterans.

The Sickness seeped from their very being, almost visible to the naked eye, the resulting fever dream a stark and saturnine reality from which there seems little hope of recovery. Indeed, the players are sick.

Many column inches have been devoted to this sickness, this ailment that is afflicting this particular team. Much has been made of this spectacular fall from grace too, and to be sure, no other team in the competition is subject to this level of analysis, of probing this deep, this now constant demanding of answers.

Every team, in every sport, at some point during their existence, suffers that most uncomfortable of fates, the dreaded ‘lack of form’ – the period in which nothing goes right and so the team is bad, they offer non-contests, they’re the league easy-beats. As is the case today with the Broncos, although despite all the column inches, no one has been able to pinpoint why, exactly, this has happened so quickly, and indeed, so dramatically.

Their loss against the Tigers last week was perhaps the low point, their seventh loss in eight games, their only win since the COVID restart being against the even  more lowly Bulldogs the week prior. Any mistake that could have been made out there on Leichardt Oval, was, and the majority of these weren’t mistakes players of this calibre, at this level of the game, should have been making.

Luck was against them too, as so often happens when any Team is at its lowest ebb.

Bad luck is no excuse though. Perhaps in tight contests it can come down to luck, to being in the right (or wrong) place at the most inopportune of times, or otherwise, but Brisbane are beyond that now. Now, it’s about the Sickness, one which no one seems to be able to diagnose, let alone cure.

The symptoms are easy to spot – a distinct lack of communication; a disregard for the Team, instead playing as individuals; a seeming ambivalence towards even a base level of participation; inexperience, highlighted by the fact their fill-in captain has only played 28 games; a very obvious lack of leadership. All these symptoms combine, fester, spread. As a result, the Team loses, their confidence shot, it’s often over before it even begins.

Tonight, they come up against a typically rampaging Melbourne Storm, an outfit who have barely played a bad game in the past decade, and for a team lacking spine and purpose as the Broncos seem to be, a fixture like this couldn’t come at a worse time. Indeed, a conflagration of epic proportions is quite probable, a “cricket score” as one pundit noted earlier in the week.

It’s such now, that I awoke this morning with a knot in my stomach, almost knowing for a fact that what I’d be watching in 13 hours time, would be horrible, such has the sickness become a part of life following this team. And yet, us whose hearts reside north of the border, swathed in maroon and gold, we live in hope.

Coach Seibold is in a bind. One would hope he’s paying attention to Tigers mentor Michael Maguire, who has showed little mercy this season in dropping high-profile players who weren’t performing. For Seibold however, this is a luxury he can ill afford – one player out on suspension, another on hardship leave, over ten players on the injured list. Yes, he could drop Anthony Milford in order to send the highly paid Broncos pivot a message, but who would he replace him with?

Having said that though, replacing a highly-regarded player with a younger, more inexperienced player would have its benefits – sure, now wearing the 6 is someone who’s not done it very often at this level, but they’ll no doubt be hungry and give it their all, not infected by the Sickness thus far. It may not be enough to overcome the Storm, but at least it’ll offer a contest and perhaps provide some sort of salve, at least a temporary cure, to the Sickness the rest of the squad are languishing with.

So is this the answer? Bench every senior player who’s too overcome with the Sickness and replace them with young, untested development players? They’ll keep losing games, but they’ll lose them on better terms, surely, better terms than they’re losing now. As a fan, I’d rather Brisbane lose a contest, than get run over while playing football, in the words of a close friend of mine, “like the ’94 Byron Under10s when Woodlawn came to town.”

To this end then, the injection of Tom Dearden into the halves could well pay dividends. His return from injury and subsequent call up pushes the lost-looking Brodie Croft to five-eighth, and the all-too-regularly-underperforming Milford to fullback, a position he inhabited for a number of games last year.

With Staggs and Farnworth returning from injury too, perhaps this is the shake-up that will at least begin the paving of a long, long road to recovery? Time will tell, and as anyone who follows sport knows, this sickness too will pass, eventually.

But now, in the cold and hard light of day, this sickness needs to be identified, diagnosed, treated, inoculated against, eliminated. But identified, that’s the key, the first step,  because until the Team knows what the Sickness is, it’s not going to go away any time soon.