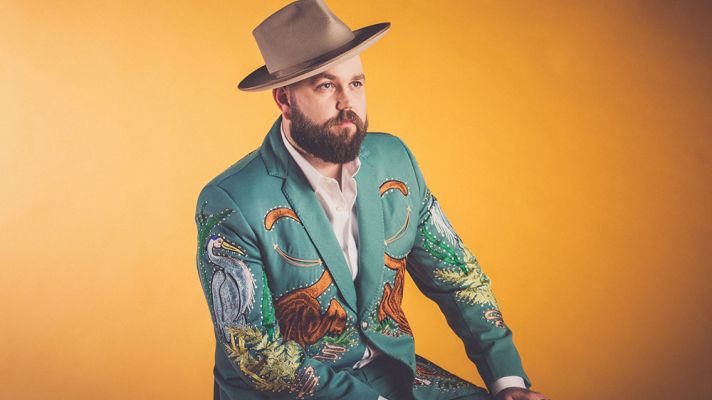 [Published in the Shortlist section of The Sydney Morning Herald / The Age, July 13]

For JOSHUA HEDLEY, country music is about honesty, sincerity, and dealing with emotion, no matter how hard that is, writes SAMUEL J. FELL

For Joshua Hedley, country music is like a second skin. The 33-year-old, these days based in Nashville, Tennessee, presents like he’s been immersed in this uniquely American art-form all his life, and this isn’t far wrong. Born in Florida, Hedley picked up a fiddle at age eight, and his destiny was pressed into the metaphorical red dirt, the classic form of the music – wrought with emotion, music that breathes and bleeds – becoming his very being.

“There’s this level of relatability in country music that speaks to me, that I can’t get from any other kind of music,” Hedley explains, adding with a laugh, “I love hip hop music too, but they’re singing about cars and lots of money and stuff like that, and I don’t live that life. But I have had my heart broken, and I have been drunk, and I do like to dance, you know, it speaks to me more than other musics because I relate to it.

”It’s this relatability to the music that has fuelled Mr. Jukebox, Hedley’s debut long-player, released early last month on Jack White’s Third Man Records. He talks about the honesty, sincerity and simplicity of country music as factors that draw him to it, but first and foremost, for this album, it’s about relating to the characters within the songs.

“When you can put yourself in the shoes of the protagonist in the song, it just makes it better, because it makes it more personal,” he offers.

Mr. Jukebox, a collection of ten songs that could have been recorded in the 1950s, such is the deep, dark country music lament that defines it, almost never was. As a fiddle player, Hedley was more than content in the sideman role (he first toured Australia in 2011 as Justin Townes Earle’s fiddle player), but around five years ago, at the urging of fellow modern purveyors of classic country Johnny Fritz and Nikki Lane, he set aside the fiddle, picked up a guitar and stepped to the front, beginning to write and sing his own material.

One would think, after years in the sideman role, that this would have proven tricky. Not for Joshua Hedley. “I think it did kinda come natural for me, just based on the fact that when I decided I wanted to do it, I’d been listening to country music for so long, that I just knew how to do it somehow,” he muses. “I don’t really consider myself a songwriter, I consider myself as somebody who has the ability to write songs, if that makes any sense.

A true honky tonk country crooner, in a similar vein to Hank Williams, Porter Wagoner or George Jones, Hedley truly does have the knack, his music carrying with it the timelessness the aforementioned embody, unlike today’s pop/country, which Hedley likens to a “leftover beer.” A large part of his motif too, is mining the emotion that informs this style of music – life, love and loss, a smoky barroom, a beer wreathed in tears.

“I just want people to remember they have feelings, and that they’re valid,” Hedley has been quoted as saying. “I feel like country music, as of late, has sort of become just like a party, you know?” he says now. “It’s like rock ‘n’ roll in the late ‘70s and ‘80s, Van Halen, Poison, Motely Crue, it was just party time all the time. And then here comes Nirvana with this depressing as shit music which made everybody take notice, and everybody was like, wait a second, life isn’t always fun, there are other aspects that aren’t so great.

“Obviously it’s not your first choice to want to think about it, but I think it’s important to think about it.” Perhaps to highlight this point, it’s worth noting that on Mr. Jukebox, there are no less than three songs with the word ‘tears’ in their title, a fair indication as to the emotion contained within.

“People need to remember that they have feelings – it isn’t all just tailgates and Coors Lite,” Hedley laughs again. 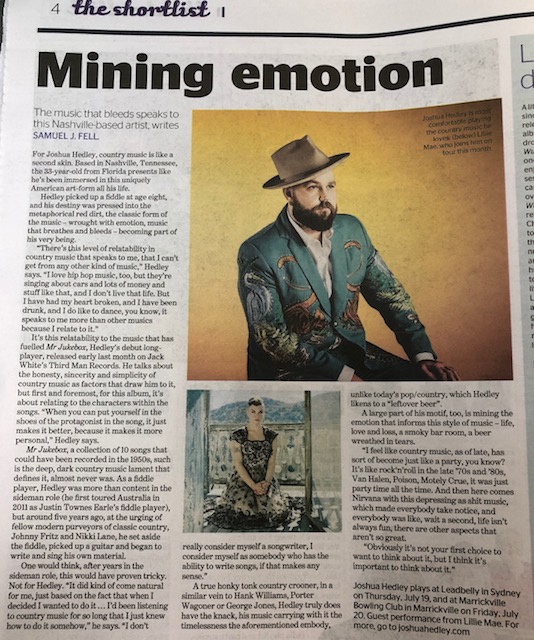