[Published in the Spectrum section of The Sydney Morning Herald, June 16] 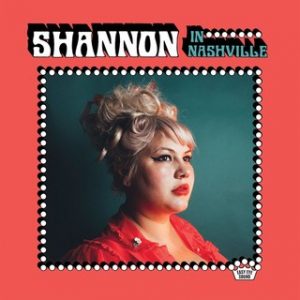 Well versed in the ragged and raw, coming as she does from a garage-punk background via the long-running Shannon & The Clams, Shannon Shaw shows on her debut cut that she’s also across a whole lot more.

Releasing on Dan Auerbach’s new(ish) label, Shaw is afforded the opportunity in this instance to delve deeply into other musical interests, the resulting 1950s rock ‘n’ roll and 1960s pop/surf conglomeration forming the basis of what is a tough yet fluid record. The versatility in her voice bodily pushes a lot of the tracks along, from low and almost guttural before hitting sweet highs, giving the album a good deal of texture, often within the one song.

It’s a cathartic record too, in that all songs (six written by her, the rest co-written, with Auerbach, among others) deal with love and loss in some form; this emotion helps fuel the record, the songs bleeding honesty and truth, they’re alive and real as opposed to mere lovelorn pastiches. Occasionally, Shannon In Nashville does find itself exploring a little too much and so genres and styles are touched on only fleetingly, but this is something which will no doubt be remedied with time. Samuel J. Fell